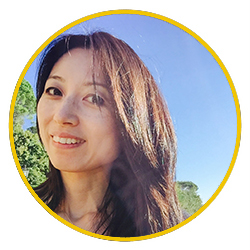 Satomi Sugiyama (Ph.D., Rutgers University) is an associate professor of Communication and Media Studies, Franklin University Switzerland. Her research and teaching interests focus on emerging communication technologies and how they intersect with personal relationships, identity, and fashion.
https://www.fus.edu/academics/faculty/281

Mobile payment systems in stores are becoming more and more prevalent in recent years. This is an important consideration for the way technologies are used in the financial sector. The mobile phone, once revolutionized the way people talk over distance, is no longer a mere telephone in transit; it has become a small portable computer called a smart phone that allows people to operate a myriad of activities, from calling, texting, searching information, taking photos, accessing entertainment in the form of audio and visual contents as well as games, to measuring their health conditions among many others. One of the important developments in recent years is to use smart phones as a way to pay in stores. Media convergence is often characterized as a phenomenon of digital media and there is no wonder why the payment that used to be mediated by paper (banknotes) and plastic (credit cards) became a part of this phenomenon given the increasing technological developments such as block chain and crypto-currency.

This development coincides with the increasing interest in the new form of mobile information and communication technologies (ICTs): from carrying to wearing. The design aspect of mobile ICTs has always been important and many researchers already adopted the metaphor of “wearing” a mobile ICT because it has become so close to the user’s body. However, the technological device itself was not in a form of fashion accessories or clothing in a more literal sense. Wearable technologies in a form of accessories and clothing existed for quite a while but they were mostly as prototypes in research laboratories and were not available for the general public; and very importantly, they were not “wearable” in both functional and symbolic sense.

Recent developments of the technology industry as well as media hype suggest that the wearable technology is a direction into which the smart phone can evolve. The idea of people wearing technologies does not have to be confined within science fictions any longer, and can well be conceived of as realistic in everyday life. A concrete example is a category of smart watches. Technology companies that produce mobile devices (e.g., Apple, Samsung, etc.), watch makers (e.g., Tag Heuer, etc.), and some luxury fashion brands (e.g., Louis Vuitton, etc.) have all launched their version of smart watches, and some collaboration between technology companies and fashion brands (e.g., Apple and Hermes, etc.) are also observed in the effort of making mobile ICTs “more wearable” in terms of their images and fashionableness. Smart textiles, which tend to be applied to the context of health and sports at the moment, also offer an important means for making mobile ICTs more wearable in the future. If mobile payment systems continue to spread and consumers find it useful, the form of mobile ICTs and its wearability in terms of both functionality and aesthetics will become important points of concern for the financial industry.