Mobile money and the law: a case study of Uganda 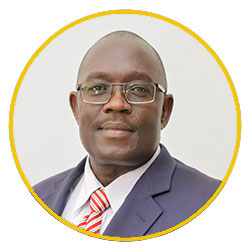 The mobile money boom in Uganda cannot be overstated. In June 2015, mobile money had 18 million accounts with an estimated UGX. 24 Trillion transactions, moving closer to . 44 Trillion by March 2017 while they now stand at UGX. 54 Trillion, representing half of the Gross Domestic Product (GDP). This easily makes mobile money the fastest growing money transaction platform in Uganda. Currently, there are more registered mobile money accounts than normal bank accounts (22 million as at December 2017)[3]. This phenomenal growth – by UGX. 10 trillion – is often in double digits each year, showing how popular mobile money has become.

The direct benefit of this boom has been bringing millions of Ugandans to the formal banking sector. Mobile money lessened the need for one to visit a physical bank branch to transact and registration is pretty basic with less paperwork involved. A mobile money account holder can transact within the proximity of his neighborhood with agents scattered on almost every block or local trading center.

A mobile telecommunications company duly licensed by Uganda Communications Commission (UCC) develops the necessary infrastructure to sustain a mobile money platform. Once this platform is set up, the licensed telecom operator enters into an agreement with a bank licensed by the Bank of Uganda (BOU). This agreement allows for the issuance of an escrow account to the telecom operator where the funds collected on the mobile money platform will be held on behalf of the mobile money users who do not have access to this account. Mobile money and traditional banking are connected since the funds on the escrow account in the bank correspond to the e-money held by the mobile money users and agents. The telecom operator sells sim cards to the public. Before a member of the public can acquire a sim card, they are required to submit KYC information to the telecom operator such as full names, date of birth and known places of residence as described on an individual’s national identification card. Upon verification of the user’s registration details, a phone number is issued to the user and this phone number can be registered on the mobile money Platform.

b) A mobile network subscriber

Mobile money transcends two areas namely, the telecom business and the banking business. These two areas are licensed by separate government regulatory bodies Uganda Communications Commission (UCC) and Bank of Uganda (BOU), respectively. BOU is the Central Bank of the Republic of Uganda whose primary purpose is to regulate, control and discipline all financial institutions. As mentioned above, before a licensed bank can open a mobile money escrow account for a telecom operator, it is required to obtain a letter of no objection. BOU also regulates the financial side of mobile money. To this end, it issued the Mobile Money Guidelines of 2010, primarily to protect mobile money users from exploitation by the telecom operators.UCC is the regulator tasked with regulating the communications sector in Uganda which includes telecommunications data communication and infrastructure. This mandate includes licensing, standards, spectrum management and tariff regulation.Mobile money is, therefore, not specifically regulated or licensed by one body. The mobile money platform is regulated by both bodies as the prompts used in the movement of the e-money are delivered through phone messages which are regulated by UCC and the escrow account that holds the mobile money for the mobile money users is held with a bank licensed by BOU.

What Does The Future Hold

Mobile Money has morphed from its traditional roots of just a money sending and receiving service to include other functions such as payments and now savings and loans. This evolution, and the multi-sectoral entanglements it throws up or shall throw up, will unravel a number of legal questions that must be answered.

As the technology continues to evolve, great care will have to be taken to protect the consumer, majority of whom are the average Ugandan. This consumer is attracted by the transactional ease that mobile money offers, but also desires the comforting arm of the law/regulator that he/she hopes is following the evolution closely behind.

Currently, a mobile money agent is integral to a typical mobile money transaction but it is anticipated to evolve to a peer-to-peer payments platform, thereby removing mobile money agents. The goal of the telecom operators is to move Uganda into a cashless economy by developing the mobile money platform into the go-to payments solution by allowing for payments for goods and services through mobile money. In fact, MTN Uganda Limited, Uganda’s leading telecom operator has made a move towards achieving this by introducing Momo Pay. Momo Pay is a service that enables merchants to receive payments for goods and services by mobile money. The platform is accessible to both customers and merchants. With MoMo Pay, merchants can sell airtime and earn commission, pay suppliers, pay salaries as well as transfer money to the bank all on the mobile money platform.

Statistics show that only 1 out of 6 Ugandans operates in the traditional Ugandan financial system and this proportion has not grown in recent years. In addition, less than 1 out of 6 has a debit card (14%) or an account with a SACCO (14%), and very few have an account with a microfinance institution (4%), a pension (2%), an insurance product (2%) or a credit card (1%). Although 1 out of 3 citizens have borrowed money in the past five years, these loans tend to be taken from informal groups (30%) rather than regulated financial institutions. In addition, men (40%) are more likely to borrow money than women (29%)[4].

This state of affairs has been caused by the limited access to banks through physical infrastructure as most of the banks operate branches in the urban centres as opposed to the rural areas where majority of the Ugandan population resides. Furthermore, most of the account opening requirements such as KYC requirements and other similar considerations are quite stringent, thereby disenfranchising a large portion of Ugandans from financial inclusion.

On the other hand, mobile money is accessible to all that can afford to own a phone and the trend is that more adults are increasingly gaining access to phones. Mobile money enables an individual with a registered phone number to send and receive money without having to step foot inside a bank or own a bank account. Indeed, two out of three citizens report having a mobile money account (68%) and mobile money is available to demographics often left behind by other financial services and products, namely women and the young. This growth has challenged the traditional banks into launching creative products and seeking to take advantage of fintech innovations, some of which have resulted into mobile banking solutions of their own. Many are also venturing into agency banking after policies governing this were relaxed by BOU and a governing law enacted.

_________
DISCLAIMER
The contents of this publication is for informational purposes only. It is not intended to provide legal or other professional advice or opinions on specific facts or matters. Pavia e Ansaldo assumes no liability in connection with the use of this publication.